Ken was born in Sydney and came of age in the 60’s with the Beatles, Searchers, Kinks and Easybeats. He was a late bloomer and went to University in the mid 70’s, studying economics and finance. His first son, Stefan, was born in 1985 and Adrian followed in 1990. He remarried in 1996 and Jack was born in November 1996 followed by Matthew in 1998 and the twins, Chris and Hugh, in 2000.

Dianne and Ken moved with Jack and Matthew to Hobart in January 2000 when Dianne was unknowingly pregnant with the twins. They were born on 30 June 2000.

Ken is a Director of several companies and an investor in several Tasmanian food, alcohol and telecommunication’s companies.

Their world fell apart when Jack was diagnosed with Glioblastoma Multiforme 4 on 8 July 2016 and they spent the next 22 months trying to reverse the irreversible. 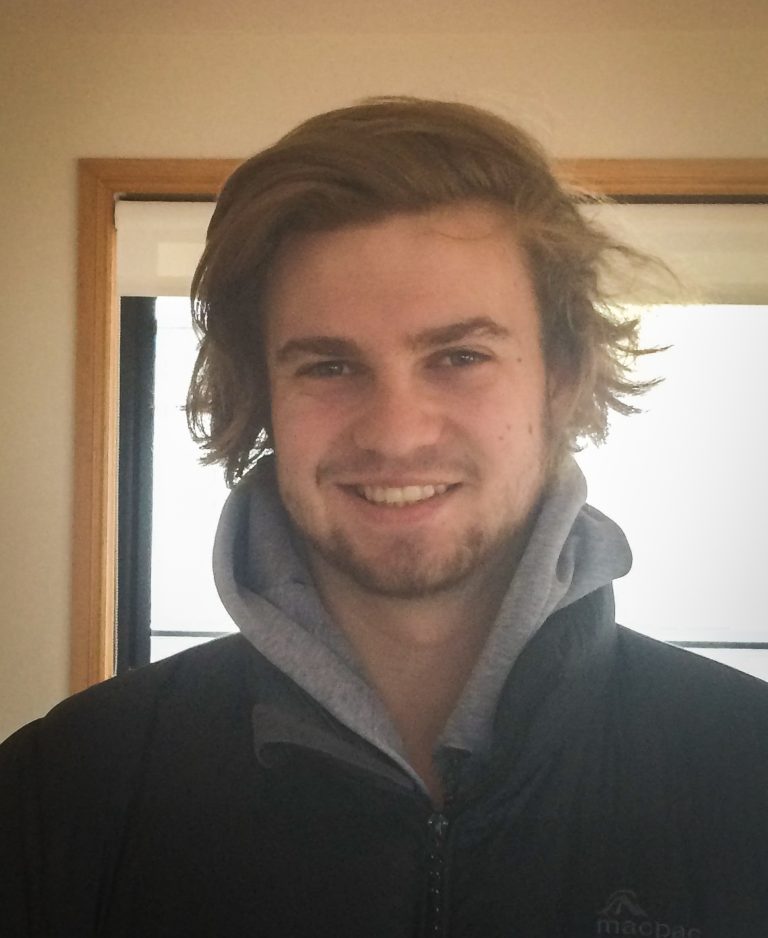 Ken wrote the book but Jack (pictured) wrote the story.

Ken always thought that there would come a time when he would retire and write a book. This book, however, he never wanted to write unless the story had a happy ending, which it didn’t. But he told Jack he would write it and after Jack died he sat in Jack’s room, with the door shut, a bottle of whisky and a box of tissues, and read and reread the many emails he had written after Jack was diagnosed, other correspondence and his daily journal and his fingers started to tap the keys – tap, tap, tap tapppppppppppp!!! After three days of very painful reminisces and emotional depths only parents that have lost children can understand, a manuscript was borne which he called ‘Jack’s story’.

In the book there is more context as to how the book came to be but the singular purpose and misplaced ideology was to create something that in some miraculous way could save a life and correct an imbalance in the universe created by Jack’s death. Nutty he knew as he is not driven by religious or spiritual philosophies or doctrines but a loss that is unrequited and can only be made good if another death can be avoided. How that happens he had no idea but after he had almost worked through a box of tissues, the bottle of whisky and looking for their respective replacements, it made sense.

And two days after Jack died the same fingers pounded out a poem which he called ‘I will wait for you (Jack)’. He had not written a poem since his Beatles days but it wrote itself and, well, just seemed appropriate.

Dianne hasn’t read the book and probably never will as she said she lived through it and can’t live through it again.

Ken and Dianne live in Hobart with their three sons (Matthew, Chris and Hugh) while Ken’s two older sons – Stefan and Adrian – live in Perth and Melbourne respectively.